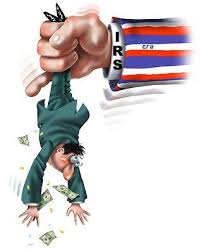 The IRS has apologized to Tea Party and liberty groups for targeting them for additional review for tax status. This admitted use of aggression by our government on ordinary citizens is an abomination.

The following is an article From the Cincinnati Enquirer on the IRS issue.  Below is a press release in response from Tea Party Leaders

The Internal Revenue Service on Friday issued an official apology to several conservative political non-profit groups for “inappropriate” scrutiny and questions from agency officials in Cincinnati during the application process for non-profit status.

These groups included several local and regional organizations affiliated with the tea party and other conservative movements that applied for non-profit status in the months and years leading up to the 2012 presidential election.

“That was wrong. That was absolutely incorrect, it was insensitive and it was inappropriate. That’s not how we go about selecting cases for further review,” Lois Lerner, who heads the IRS unit that oversees tax-exempt groups, said at a conference sponsored by the American Bar Association in Washington, D.C.

In a follow-up statement, the IRS said that it has fixed the system and that an influx of tax-exempt applications in an election year contributed to the problem.

“Mistakes were made initially, but they were in no way due to any political or partisan rationale,” said a statement from Ohio IRS spokeswoman Jennifer Jenkins. “We fixed the situation last year and have made significant progress in moving the centralized cases through our system.”

Jenkins said the employees worked at the IRS’s offices at the federal building in downtown Cincinnati in the Tax Exempt/Government Entities operating division. Overall, the IRS employs 700 downtown, while it also employs about 3,400 at its tax return processing center in Covington.

Regional conservatives who thought they were targeted over the last two years said an acknowledgement and apology is not enough.

“My short answer is no, I am nowhere near satisfied,” said Justin Binik-Thomas, a Deer Park contract manager who helped found the Cincinnati Tea Party in early 2009. When applying for 501-3(c) non-profit status in March 2012, the Liberty Township Tea Party was asked specifically about any relationships with Binik-Thomas, a clear violation of IRS regulations.

“It is certainly chilling and concerning to know that I am being singled out by the government without my knowledge,” Binik-Thomas said. “And while I don’t need to know names, I certainly would love to know what corrective actions the IRS has taken both systematically and in terms of personnel.”

Binik-Thomas said the IRS letter to the Liberty Township Tea Party requesting further information asks 35 questions, including a request to provide details of any relationship with Binik-Thomas.

Eric Wilson, executive director of the Lexington, Ky., conservative political group The 912 Project, also thought his organization was targeted when getting started. He also said he doesn’t believe that any targeting came out of one office or was the work of just a few individuals.

“Today, I call on the White House to conduct a transparent, government-wide review aimed at assuring the American people that these thuggish practices are not under way at the IRS or elsewhere in the administration against anyone, regardless of their political views,” McConnell said.

Kent, OH – Today the Associated Press broke a story quoting Lois Lerner, who heads the IRS unit that oversees tax-exempt groups, as saying that organizations which included the words “tea party” or “patriot” in their applications for tax-exempt status were singled out for additional reviews.  Lerner also said the practice, initiated by low-level workers in Cincinnati, was wrong and she apologized while speaking at a conference in Washington.

Tom Zawistowski, Executive Director of the Portage County TEA Party and recent Past President of the Ohio Liberty Coalition, which first refused to comply with the IRS demands for information in February of 2012, said “We will accept Ms. Lerner’s apology as being appropriate, because what the IRS did was wrong and we proved it was wrong.  However, we can not accept her statement that this attack on our organizations and our liberty was orchestrated by low-level IRS employees in the Cincinnati office. We have proof that the same questions were being asked of groups from Virginia to Hawaii.  We have further proof that agents admitted that they were being told by “higher ups” not to process applications from “TEA Party Groups”.  Our legal representatives, the American Center for Law and Justice, has information from groups all over the nation that substantiate this pattern of abuse.”

Eric Wilson, President of the Kentucky 912 and National 912 Co-Chair added, “There are many more questions that need to be asked of the IRS concerning the purpose of this IRS effort.  The information they were demanding of us included membership list, lists of speakers, lists of politicians who spoke to our groups. Clearly this was politically motivated. Some liberty groups were actually forced to stop operating because of these attacks. Today’s apology is a victory for Free Speech and Liberty.”

Zawistowski, added “We had Senator Rob Portman and Congressman Jim Jordan write to the IRS about this issues as it developed and we believe that they will have many more questions for the IRS about the purpose of this targeting and who was given the information that was provided by groups. The IRS employees involved in this need to loose their jobs and there may be criminal charges as well. Groups spent thousands of dollars trying to meet the IRS demands and we may also be entitled to compensation.”

One thought on “IRS Apologizes for Unfair Tea Party Scrutiny”